6 Signs to tell if your mobile device has been hacked and what to do! 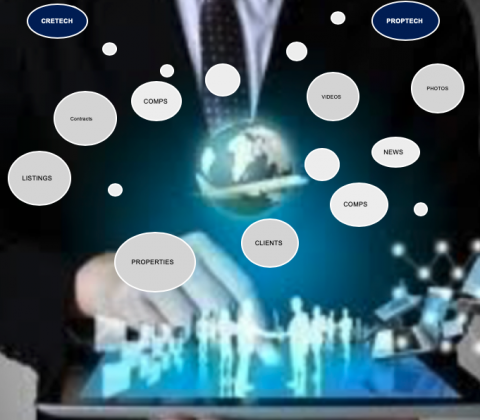 The digital you is your digital footprint stemming from your mobile phone. From email to banking, our smartphones are the main hub of our online lives. It is no small wonder that across the globe, mobile malware has been on the rise. As commercial real estate industry continues to come online.

We continue to see more and more instances of ransomware, hear stories of identify theft, and or see data leaks that wreak havoc on any businesses and or professional.

Do you have data breach prevention and data recovery plan? Yes, for your business. Isn’t your personal phone connected to your business?

While a phone’s battery life inevitably decreases over time, a smartphone that has been compromised by malware may start to display a significantly decreased lifespan. This is because the malware – or spy app – may be using up phone resources to scan the device and transmit the information back to a criminal server.
(That said, simple everyday use can equally deplete a phone’s lifespan. Check if that’s the case by running through these steps for improving your Android or iPhone battery life.)

Do you find your phone frequently freezing, or certain applications crashing? This could be down to malware that is overloading the phone’s resources or clashing with other applications.
You may also experience continued running of applications despite efforts to close them, or even have the phone itself crash and/or restart repeatedly.
(As with reduced battery life, many factors could contribute to a slower phone – essentially, its everyday use, so first try deep cleaning your Android or iPhone.)

Another sign of a compromised phone is an unusually high data bill at the end of the month, which can come from malware or spy apps running in the background, sending information back to its server.

If you’re seeing lists of calls or texts to numbers you don’t know, be wary – these could be premium-rate numbers that malware is forcing your phone to contact; the proceeds of which land in the cyber-crim’s wallet. In this case, check your phone bill for any costs you don’t recognize.

While not all pop-ups mean your phone has been hacked, constant pop-up alerts could indicate that your phone has been infected with adware, a form of malware that forces devices to view certain pages that drive revenue through clicks. Even if a pop-up isn’t the result of a compromised phone, many may be phishing links that attempt to get users to type in sensitive info – or download more malware. The vast majority of such pop-ups can be neutralized simply by shutting the window – though be sure you’re clicking the right X, as many are designed to shunt users towards clicking an area that instead opens up the target, sometimes malicious, site.

6. UNUSUAL ACTIVITY ON ACCOUNTS LINKED TO THE DEVICE

If a hacker has access to your phone, they also have access to its accounts – from social media to email to various lifestyle or productivity apps. This could reveal itself in activity on your accounts, such as resetting a password, sending emails, marking unread emails that you don’t remember reading, or signing up for new accounts whose verification emails land in your inbox.
In this case, you could be at risk for identity fraud, where criminals open new accounts or lines of credit in your name, using information taken from your breached accounts. It’s a good idea to change your passwords – without updating them on your phone – before running a security sweep on your phone itself.

If you have experienced any of these symptoms, the best first step is to download a mobile security app.

For Iphones (which are less prone to hacks) use Lookout for iOS which flags apps that are acting maliciously,  about potentially dangerous Wi-fi networks, and if the Iphone has been jailbroken (which increases its risk for hacking). It’s free with a $9.99/month for identity protection, including alerts of logins being exposed.

For Android, Avast, not only scans for malware but offers a call blocker, firewall, VPN, and a feature to request a PIN every time certain apps are used – preventing malware from opening sensitive apps like online  banking to steal information

*Special thanks to Darren Hayes of Pace University for his help.