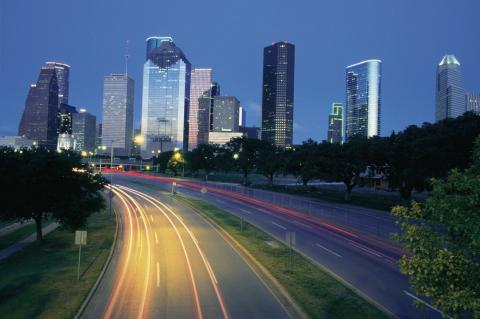 Commercial real estate adoption of technology has gone from a probability to inevitability. It is no longer when, but a matter of how much impact these technologies will have on your real estate business. The days of "beltway bob" are long behind us. Although the barriers to success have not changed, levels of personal success, accumulated wealth, and expertise are drastically shifting. To gain competitive edge and understand these shifts we need to look at three things:

1)    The Proptech Age of Acceleration

When speaking to Proptech's Acceleration, to date over 3,000 companies are now selling some type of technology and/or automation solution to the industry thanks to over $15 billion dollars’ worth of investment.

“We saw over $2 billion of 'new' capital at Realcomm|IBcon this past June from those seeking new companies and ideas to invest in”, according to Jim Young, Co-Founder & CEO, Realcomm .

In parallel we can look at 2008, businesses in the real estate tech space in the US brought in a total of $41 million from just seven deals, according to the PitchBook Platform. Contrast those numbers with what's happening a decade later: So far in 2018, companies in the category have raised a total of $1.3 billion across 73 deals.

Bottomline investment in this space is at 10.5x multiple in the amount of companies being funded, with over 1,048 times the amount of capital invested annually compared to 2008. On target to do $2B of funding this year which is nearly double the annual average of funds invested year over year.

“It's not just the size of the funding rounds and amount of capital being deployed, it's by who! Whether it's JLL's new fund or Brookfields, Fifth Walls continued massive scale or Camber Creek's continued leadership in New York City, or Prologis and Hines.”  States Michael Beckerman , CRETECH recent midyear report.

If you have been following CRETECH and its slow adoption you know that we are reaching a tipping point. More and more companies are realizing the advantages of these technologies and are fighting to compete to have the best technology.

Look at any major player in any vertical of the industry today. They all have Chief Information Officers, Chief Technology Officers, etc. In the past, if you were big enough, you had a chief IT person to make sure your staff was connected, and your proprietary data was available. (To learn more about how this role is transforming see The Rise of The CIO/CTO in Corporate Real Estate by HonestBuilding's Crystal Proenza.)

3)    The history of the Commercial Real Estate Industry & inevitably the future.

Our business was organized on index cards or files, managed by secretaries. This was inefficient and difficult to keep current or accurate. This created a completely level playing field. Your value was relationships in your market, your deals and knowledge of deals closing in your market, usually one or two towns.

1+1=3 With a computer and a program, inefficiencies were removed, as it related to inventory of properties, deals and market knowledge.

Those who embraced this dawn of technology gained a significant advantage. They were now able to make their relationships, inventory of deals and market comps more accessible.

Through the reach of the internet, market areas geographically expanded. Hunting for access to more deals both in your market area and in adjacent markets as well expanding the reach of promoting your offerings and needs. Information was coveted and proprietary data sets were created by companies to access, share and utilize the knowledge each had.

Allowing firms that didn’t have an army of agents to scour markets, a means, through their technology, to access the same level of coveted deal and comp data.

One computer evolved into many computers, managed or accessed through IT services, allowing firms greater growth.

IT services plus Software as a Service systems, and networks become global through the use of the internet.

Thanks to technology, firms can now access more deals than ever, track larger or new markets, some firms are using proprietary comp data and publicly available market data.

In short, armed with the right technology, firms can cover more markets, in more depth, access and manage more relationship than ever before possible.

Now, for the first time in history real estate professionals have the tools needed to execute on as much business as they would like.

Technology continues to open more doors, shining more and more light, into what once was a shadow filled market segment. Companies that are embracing this technology are not only embracing transparency but going even further and creating systems that have open architecture, that can easily integrate with other systems and other partners.

Equals Age of CRE Collaboration… 2+2=10 Technology continues to open more doors, shining more and more light, into what once was a shadow filled market segment. Companies that are embracing this technology are not only embracing transparency but going even further and creating systems that have open architecture, that can easily integrate with other systems and other partners.

“The journey continues There is increasing awareness of the impact of technology on the real estate industry, but organizations are starting to realize that the digital age is about more than just technology. “ as stated by KPMG Global Survey 2018