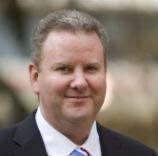 Darren Hayes, PhD, is a leading expert in the field of digital forensics, intelligence, cyber security and IT risk management. He is the Founder
and Director of the Pace University Digital Forensics Research Lab. He is also an Associate Professor at Pace in New York. Hayes is listed as
one of the Top 10 Computer Forensics Professors, by Forensics Colleges.

Dr. Hayes is founder and CEO of CODEDETECTIVES LLC. As a forensics examiner, he has worked on numerous cases involving digital evidence in both civil and criminal investigations. He has also been declared as an expert witness in U.S. federal court. For a number of years, Hayes served on the Board of the High Technology Crime Investigation Association (HTCIA) Northeast Chapter and was President in 2013.

Inquire for Service
Where You Do Business